JISC’s Annual Digifest offers a fantastic opportunity to connect with colleagues across FE and HE and share some great practice around Educational and Information Technologies. 2016’s event took place across on 2nd-3rd March at Birmingham’s ICC and was formed of keynotes, workshops, seminars and hands-on technology displays. I attended on behalf of Falmouth University alongside a colleague from FXPlus, the University’s Shared Service Provider.

The theme of this year’s festival was to celebrate the ‘Power Of Digital’ to address challenges faced by institutions; such as keeping up with increasing demand on infrastructure and that technology adoption and understanding by students is moving at a faster pace than HEI’s are able to keep up with.

As part of the Plenary session on day 1, Andrew Harrison talked about transforming learning spaces through technology and rather than silo-ing off activity, having spaces that celebrate inter-disciplinarity (co-incidentally a theme for the week’s #LTHEchat). Harrison promoted virtual and physical spaces that are complementary, that have technology fully integrated and that facilitate experimentation, suggesting that we want less gaffa tape holding up projector leads. He identified the challenge that HE’s face of losing real estate as learning evolves a from didactic to active models, providing flexible learning spaces means a loss of real estate. Melbourne learning lab was cited as an interesting example of a tiered learning space hacked out of an old lecture theatre and that a successful learning space will consider realms of Space , Place, Process & Experience.

Donna Lanclos continued with a series of provocations to educators and challenged delegates to develop pedagogies that work “whether the power comes on or not” and, in a similar fashion to Harrison, suggested a focus shift to Place and Presence as opposed to Tools and Practice stating “our role is to help people explore, not hand them a tool and tell them how to use it”. Lanclos talked about the intensification of presence through digital devices, in that we can be in virtual and physical space at the same time and that staff need to feel supported in these areas. An audience member asked if Digital can make better teachers and the simple response was No, but in discussion the plenary panel agreed that technology has changed what teaching can be and it can be a motivator to improve one’s practice.

#digifest16 @TheContentMine No one really talked about the potential to change the “learn”-“teach” balance. for me digital changes democracy

This mapping workshop built up on JISC’s work in the area of Digital Capability and used an extension of the Visitors and Residents model to map digital practice at an organisational level. James Clay presented some real world examples of the V&R spectrum talking about people who buy from amazon.com as visitors and those who buy and leave reviews as moving towards a resident mode. Equally on Twitter we may have retweeted/posted something today, but in resident mode we might @reply to someone or comment on a retweet. Lawrie Phipps also noted that we may not leave a “social trace” even if we have an account with a service and that the V&R spectrum is not static and that technologies and practices are ever evolving. 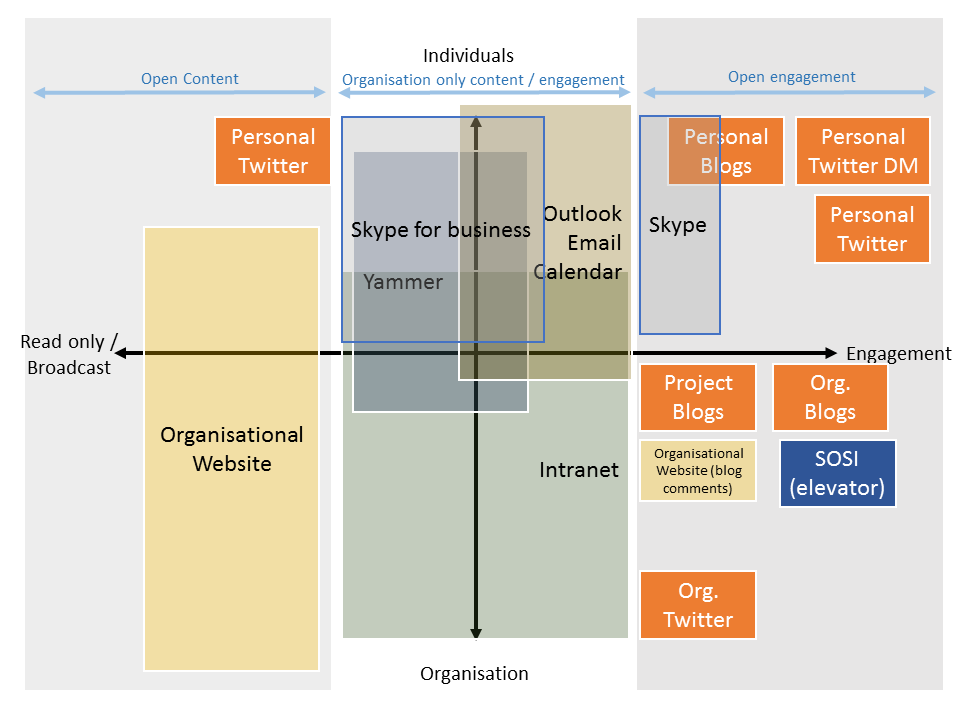 The mapping activity asked us to visualise practice within our own institutions and is designed to help staff discover where and how technology is being used and the level of anticipated or actual engagement. The mapping template is free to use and would be a brilliant exercise to undertake across organisational departments. I can already see how this activity would be useful for our Falmouth ICT and FXPlus IT teams to compare our own perceptions of Digital Practice.

This session focused on progress made since the last update to FELTAG report published by the department of Business, Innovation and Skills (BIS). The panel considered how the Further Education Learning Technology Action Group has enabled institutions to argue a case for new technology rather than a common argument for efficiency being getting rid of teaching staff. Poor implementation of technology creates workload. Warwickshire College Group and South Staffordshire College cited a move to Google Apps and more specifically Google Classroom has enabled learning to happen anywhere, on any device. Deployment of Chromebooks has improved energy efficiency and reduced maintenance costs. Highbury college involved all staff and students in their Digital Futures Strategy, creating a sense of collaboration and ownership.

Key to all of this, and an emergent theme from the conference, was fostering a Culture of Innovation within the organisation above a Culture of Compliance. Concentrating on people and wellbeing, and having supportive leaders who are prepared to take risks, were common links between panel members, one adding that “culture eats strategy for breakfast”. It was also noted that statistics are often the enemy of innovation and slow the pace of change.

Echoing the morning keynote, the panel talked about the danger of putting students in a linear environment that isn’t open, social and collaborative like they are used to and that traditional classroom teaching does not replicate life. Students in one college described letters as “things that dead people did”, SMS as “aggressive” but mobile apps as “friendly” and that we need to consider this when making use of technology to support learning. We need to ask questions of our institutional systems such as “How does the VLE support learning?”, “do we just need better ways to communicate?”.

Concerns were expressed from the audience that FELTAG was being used as a stick with which to punish those not complying with 10% online provision as set out in the recommendation. I think this may be true where organisations are not prepared to shift ingrained paradigms, but what FELTAG does is enable a conversation to happen around appropriate use of Technology Enhanced Learning and certainly in FE it seems to be supporting improvements.

The Plenary session on day 2 focused on The Power of Digital in Learning & Teaching. JISC’s Sarah Davies led the session and added the broader picture of current and future work across the sector. Heather McDonald talked about the effect that technology will have on hollowing out middle economy jobs and that the future will see leading educators beamed into classrooms and an extension of Self Organised Learning Environments, as popularised by Sugatra Mitra. I feel that there there may be an element of social learning missing in this prediction and that it presents a future in which the didactic model of teaching hasn’t evolved. McDonald did however, go on to say that in the light of the TEF and with reference to OFSTED that we should own and define what excellent teaching is in the future and this not be in the hands of Government.

John Traxler asked “What killed the mobile learning dream?” And answered by saying that ‘Mobile Learning’ was a product of its time and arose from the aspirations of research into anytime, anywhere learning. He continued by saying that Mobile Learning initiatives were often driven by Institutes with access to devices, but now the technology is cheap, robust, easy to use, and social. This changes the dynamic of mobile learning to an “outside in rather than inwards, top down approach”. Traxler suggested that we now need to address the challenges of an abundance of devices.

Ian Dolphin opened by drawing attention to the Educause Next Generation Digital Learning Environment Initiative which argues that the VLE should move from a teacher centred model to one that supports collaboration, analytics for advice, personalisation and accessibility. Dolphin also noted that the expanding field of learner analytics raises more ‘non digital’ questions, around things such as ‘informed consent’. This view is consistent with feedback from the Open University at last year’s DigiFest, who noted that increasingly students are asking about what is being done with the vast amounts of data being collected and held about them

Chrissi Nerantzi’s talk, Wondering while Wandering addressed the rise of playfulness in Learning and Teaching, but that people are quickly discouraged from playing and innovating if the culture doesn’t support it. Also that technology shouldn’t drive learning and teaching, but in reference to the Enhance, Empower, Extend framework, we can play with it if we are empowered. Balloons were released into the audience throughout the talk and as we played Sarah Davies concluded the session by asking how do you enable play within an organisation? How would senior managers allow this? Nerantzi responded by changing terminology, saying experimentation is play and teaching staff experiment within their subject disciplines so why not in teaching. Also from experience, when academics become ‘students’, their practice develops and failures may produce many forms of ritual learning.
Davies added that developing a model of students as partners, allows a shared understanding of learning and experimentation.

I wasn’t able to attend further sessions on day two, but again an enjoyable #Digifest16 with some great speakers and fellow delegates. Having been for the last 3 years, the format continues to improve and it’s great to see such great practice within organisations that are empowering their staff and students to do more with technology to support learning.