As another year draws to a close, The Educational Technology team would like to reflect on their work this year and if they’ve been good enough, they would like a stocking full of shiny technology….

This year we managed to get out blog on to the The Top 50 Must Read IT Blogs in Higher Ed; we launched our Lens On… Higher Ed. Technology series of posts, presented on Learning Analytics, started to develop a community space for sharing creative skills, played our own Hunger Games with #EDU130 and whilst all that happened, we upgraded our VLE. And so the tech…

Topping Adel’s list this year and very much the topic of the moment is the Star Wars inspired BB-8 Sphero; an orange sized sphere that rolls around under the command of your Android phone. On that note, to make up the package she would also the Google Pixel C, which looks like a relatively affordable alternative to the Apple and Microsoft offerings in the ‘Pro’ tablet arena.

Amy’s christmas quest is to update the home theatre experience for super fast broadband by replace the creaking iMac with a new MacMini or something like a chromecast (a popular gift from last year’s santa list). If you have the hardware already, Kodi.TV is a worthy environment for the Home Theatre PC.

Mark would like the gesture based input offered by the Myo to control the new Micro-Brewery offering from Pico. Waving at a device to set in motion the creation of craft beer, is in his opinion the pinnacle of the Internet Of Things.

Oliver would like a Standuino 3π2, to add to his smorgasbord of noise making machines.

We hope you’ll see that we really have been awfully good technologists again this year, so if you could see your way to leaving this stuff under our LED christmas tree, we’d be most appreciative.

All the very best for the season to one and all!

The Educational Technology team have tried to be particularly good this year developing new learning environments, helping staff move their teaching content in to them and guiding students in their use. With this in mind, we would like you to fill our proverbial stockings with…

Ubuntu Touch Phone Maybe a bit premature in asking for this, but an IOU is fine. A “one device to end them all” solution would be most welcome.

Always on BlueToothLE Arduino Connect up some sensors, run around, send some data. That sort of thing. 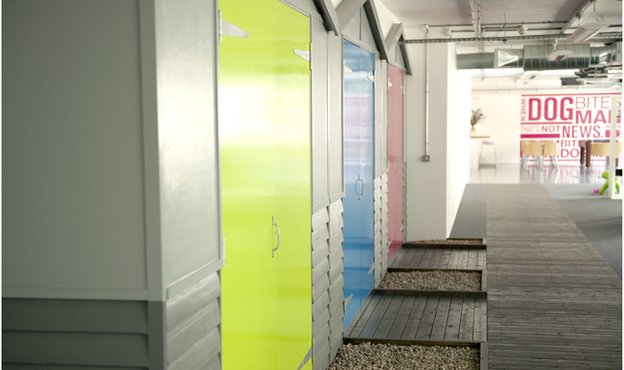 A new approach to the office Maybe a slide or a beach hut, seeing as we’re in Cornwall. Whilst it’s great to have some office space, the type of work we’re doing requires us to be mobile and collaborative.

Decent Sound in the office. Poor sound = Poor Productivity. Some Genelecs with some DSP would compliment the Collaborative Office Playlist beautifully

The Team Car. To be in the right place at  the right time will require the right mode of transport. Bridging the gap between consumer and in-car electronics, the Tesla Model S will suffice nicely.

Like we said, Geek Santa, it’s not much and we really have  been awfully great technologists. In fact, if you follow our blog we’ll be identifying next week what we think are the top Ed. Tech trends in 2014, so you’ll be able to set your elves to work in plenty of time for next Chrimbo.

All the very best of the season to one and all,